The European Quantum Industry Consortium (QuIC) announced its successful kick-off with its General Assembly event held online on April 14. TTI has the pleasure of being part of this initiative as one of the members of QuiC. We attended the General Assembly last week, an event that gathered more than 100 members from all sectors of the quantum technologies industry in Europe, representing SMEs, large corporations, venture capitalists as well as research organizations, academic institutions and other industrial associations from all over the continent.

The work towards establishing a quantum industry consortium started in early 2020 when the Quantum Community Network, one of the three governing bodies of the Quantum Flagship initiative, expressed the need of a “privately owned body with the mission to advocate, promote, and foster the common interests of the European Quantum Industry towards all Quantum Technologies stakeholders”. 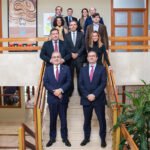 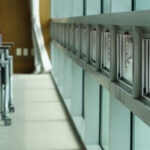 TTI collaborates in launch of University of Cantabria

Any cookies that may not be particularly necessary for the website to function and is used specifically to collect user personal data via analytics, ads, other embedded contents are termed as non-necessary cookies. It is mandatory to procure user consent prior to running these cookies on your website.