TTI, as a member of SWARMS project (http://www.swarms.eu/) consortium, has taken part in the preparation tests for project’s final demonstration at Trondheim (Norway). These tests were carried out between the 21st and the 25th of May in the same area where final demonstration for European Commission will take place next 25th and 26th of June.

The goal of these tests was to validate hardware components setup and software modules development in order to remote control and operate different unmanned underwater and surface vehicles collaborating in accomplishing tasks and missions.

Among the main obtained results it is worth remarking the correct remote control of the surface vehicle (USV) as well as some specific AUVs missions execution sent from the Command and control center on shore.

Regarding radio communication subsystem, TTI has carried out different network coverage and performance tests. This radio network is composed by a main and high performance radiolink and a distributed wireless network of nodes that are deployed and configured according to mission requirements. This network supports communications coming both from the acoustic submarine network and underwater vehicles when surfacing. This setup, designed and deployed by TTI, provides robustness and reliability enough against interferences generated by the sea environment and supports long range coverage and high data transfer rates on real time to allow communications between the different robots and vehicles (underwater and surfaced) at sea and the command and control center allocated on shore. 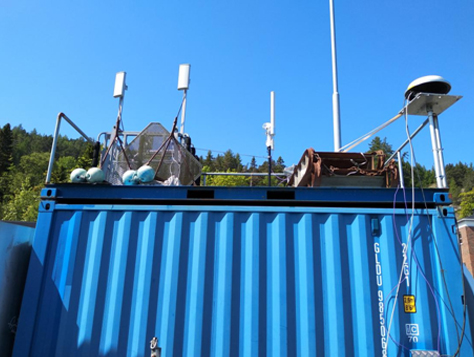 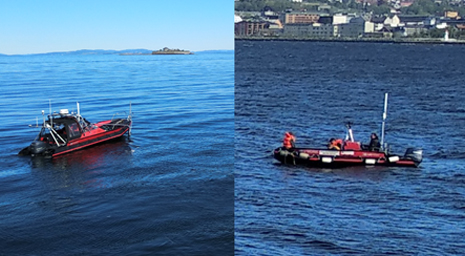 Radio communication equipment installed on board of the surface nodes: USV and support boat

These tests (carried out in real operation scenarios) belong to the different previous stages defined as preparation for final demonstration and validation of SWARMS project that will be performed and the end of June of 2018.